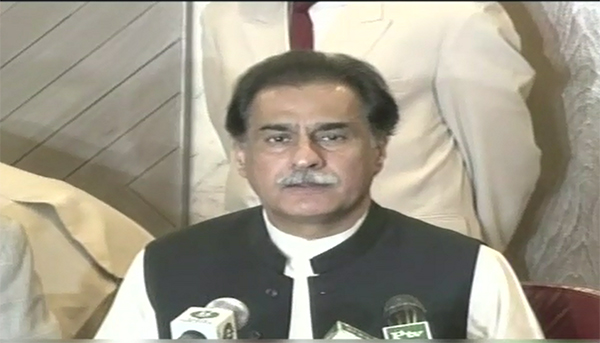 ISLAMABAD: Pakistan Muslim League-Nawaz (PML-N) leader Sardar Ayaz Sadiq called on Maulana Fazal-ur-Rehman and said that party’s leadership will decide on joining JUI-F’s Tahafuz-e-Dastoor movement.
While talking to media after the meeting, former Speaker of the National Assembly Ayaz Sadiq said that Rahbar Committee is intact and if Akram Durrani invites PML-N to the session, it will accept the invitation. He added that his party is aware of Maulana’s grievances but he is a tolerant politician and a scholar.
He said that opposition is giving tough time to the government in the parliament, but his party would not adopt undemocratic ways of PTI and launch civil obedience movement or attack parliament and PTV.
Maulana Asad Mehmood and Maulana Abdul Wassay were also present in the meeting.