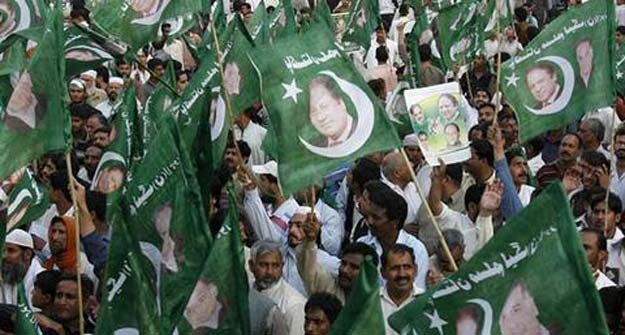 GUJRANWALA: Pakistan Muslim League-Nawaz (PML-N) will hold separate public rallies Gujranwala and Rawalpindi Punjab today.
Chef Minister Punjab Shehbaz Sharif and other party leaders will address the rally at Gujranwala’s Jinnah Stadium.
Preparations have been completed for the rally with tight security arrangements in the city.
A heavy contingent of the police force is deployed at the stadium, where party workers have started arriving.
Meanwhile, Maryam Nawaz will speak at the party’s social media workers’ convention in Rawalpindi’s Fawara Chowk.
The city’s Fawara Chowk vicinity has been closed for traffic as the event takes place there.
Political parties have expedited their campaigning efforts for the General Elections 2018 which are around the corner.