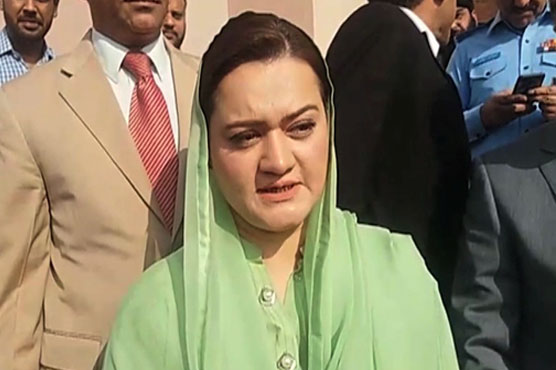 LAHORE: Pakistan Muslim League-Nawaz’s (PML-N) spokesperson Maryam Aurangzeb has rejected the speculations that they would boycott the upcoming general elections.
Addressing a press conference here on Sunday, she categorically said PML-N would not boycott the elections claiming that supporters of PML-N would stand beside Nawaz Sharif, party’s supreme leader.
She claimed that PML-N would win the elections on the basis of its performance.
Maryam Aurangzeb accused that favorable conditions have been produced for PTI for the elections; however, she said that PML-N’s slogan “give respect to vote” would emerge victories.
Training her guns at Pakistan Tehreek-e-Insaf (PTI), the spokesperson said that PTI Chairman Imran Khan was violating code of conducts issued by the Election Commission of Pakistan (ECP).
She mocked Imran Khan saying that the PTI Chief would bring development in the country with the help of turncoats.
Maryam Aurangzeb, in her presser, also linked the return of Maryam Nawaz with her mother’s health.