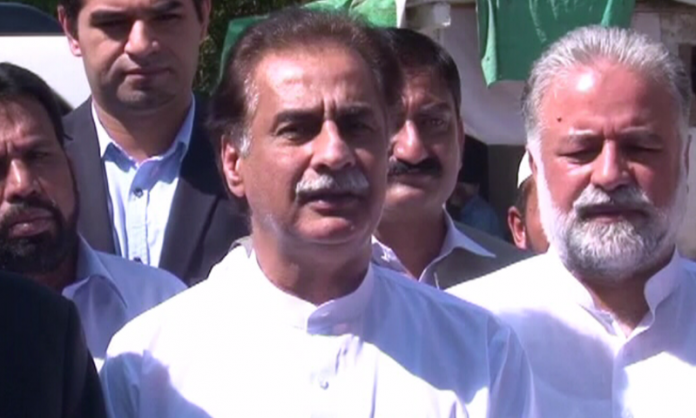 ISLAMABAD Pakistan Muslim League-Nawaz (PML-N) will stage protests outside Parliament House and Punjab Assembly against its president Shehbaz Sharif’s arrest in Ashiana Housing scandal.
According to details, former National Assembly Speaker Ayaz Sadiq has summoned a joint session of MNAs and senators outside Parliament’s gate number 1 to discuss the strategy of the protest.
On October 5, National Accountability Bureau (NAB) had arrested Muhammad Shehbaz Sharif in the Ashiana-e-Iqbal Housing Scheme scam. The former chief minister of Punjab was charged with awarding illegal contracts to his favorite firm.
The Bureau quizzed Sharif regarding a tender awarded to a private consultancy company for a survey of the Saaf Pani company.
The PML-N president had failed to satisfy the probing team of the bureau during the investigation and was ultimately arrested.
The anti-graft watchdog has claimed that the company did not conduct any kind of survey but nevertheless was provided a lucrative sum of Rs 1.5 billion.
Shehbaz was apprehended during his appearance before NAB in Saaf Pani Company scam. Sources told that three files were tabled before him.
Afterwards, Opposition Leader in the National Assembly Shehbaz Sharif was handed over to NAB on a 10-day physical remand to probe Ashiana Housing scandal.