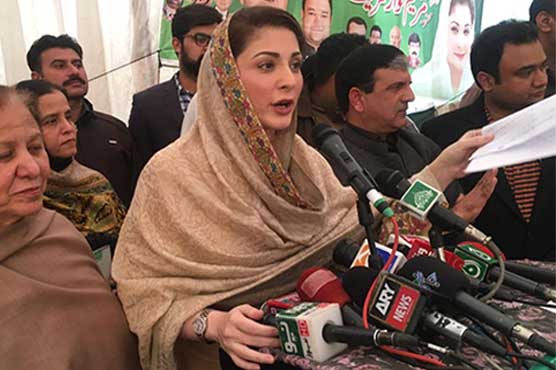 SARGODHA: Daughter of former prime minister Nawaz Sharif has claimed that her party will once again come out victorious in the 2018 general elections.
She made the statement while addressing a convention at Sargodha on Saturday.
The former Pakistan Muslim League-Nawaz chairman Nawaz Sharif’s daughter said that whatever is happening with her father is happening “against the nation”.
She said that the party, elected by millions, is being kept out of the Senate elections.
The PML-N leader said that the masses love Nawaz Sharif.
She challenged her political opponents to prove the corruption allegations leveled towards her father.