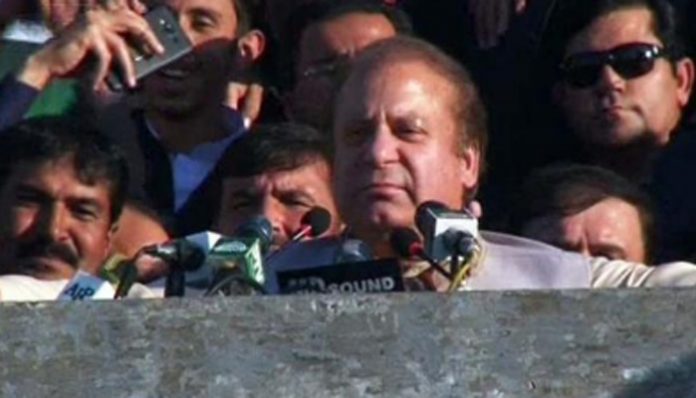 HARIPUR: Former Prime Minister Nawaz Sharif on Saturday claimed that Pakistan Muslim League-Nawaz (PML-N) will emerge victorious in upcoming general elections.
Addressing a rally in Haripur, he said those who used to abuse each other came together in a rally where most of the chairs were empty. He said his political rivals were united in Lahore on the one-point agenda; which was to target Nawaz Sharif. “Not a single chair is empty here in Haripur,” said he adding that the rally was public referendum.
Taking Imran Khan to task, he said: “This man has targeted everyone with abuses and allegations. You will end up in Jail, Inshallah”.
Taking a dig at Supreme Court for its decision in Imran Khan’s disqualification case, he said: “I want to salute those judges who declared Imran Khan Sadiq and Ameen”.
He said the decision came in PTI chairman’s favor despite his confessions that he owned Niazi Services offshore company.
Sharif said he served the people all his life and was disqualified over Iqama (work permit).