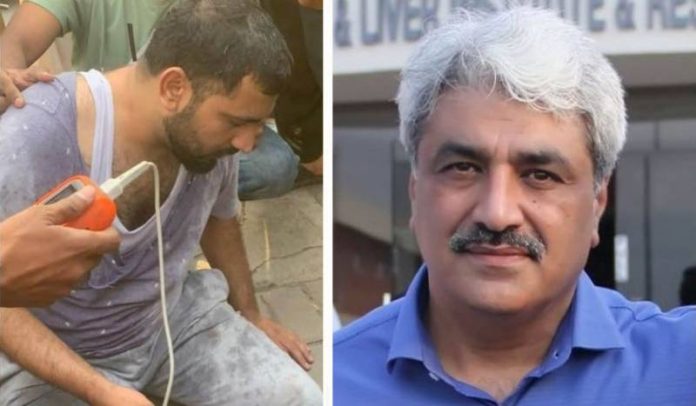 Khawaja Salman Rafique and Hafiz Noman surrendered to police at the Garden Town police Station after they were nominated in the FIR.

The complaint stated that he had been subjected to torture on the instructions of Salman Rafique and Hafiz Noman who are sitting in another vehicle at the crime scene. He further said that their guards could not torture him without getting the instructions from the accused political leaders.

It is pertinent to mention here that the bodyguards of MPA Punjab and PML-N leader, Khawaja Salman Rafique, allegedly tortured and injured a senior official of the Pakistan Army in a road rage incident in Lahore on Wednesday.

The Army officer was going to Iqbal Town from Garden Town. Around 5 PM, a white Land Cruiser lost control and hit Army officer car near Cavalry Ground, read the FIR.

The driver of the Land Cruiser initially fled the scene. The Army officer tried to chase and confront the driver, which enraged the latter who parked the vehicle in front of Army officer’s car near Masood Hospital.

Around 3 to 4 occupants of the Land Cruiser got out and started hitting Army officer’s car with iron rods. After this, the attackers pulled Army officer out of his vehicle and started beating him.

The public gathered and intervened after a while, saving Army officer from the goons. The crowd tried to catch the attackers but they sped away in their Land Cruiser with the registration number AHL 800. They also took away Army officer’s iPhone with them.

While the Army officer’s car got severely damaged, he reportedly suffered a fractured arm. He was initially treated by Rescue 1122 on the scene and was later shifted to CMH Lahore.