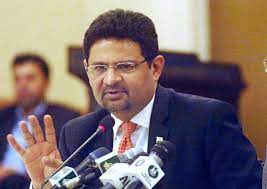 Miftah Ismail has sent three written request to the Returning Officer (RO) of NA-249 by-elections. The PML-N candidate demanded vote recounting of the by-polls, as well as sought forensic audit of 15 polling stations. Ismail sought seeking details of the voting process from the Election Commission of Pakistan (ECP) and asked the commission to scrutinise the thumb expressions of voters.

Earlier in the day, PML-N Vice President Maryam Nawaz hinted to challenge the by-elections results of the NA-249 constituency in Karachi where the Pakistan People’s Party (PPP) candidate won the polls.

Pakistan People’s Party (PPP) had won the by-poll in the National Assembly constituency in Karachi NA-249 with a close margin of 683 votes on Thursday.

The National Assembly seat had fallen vacant due to the resignation of PTI MNA Faisal Vawda from the District West-II constituency.