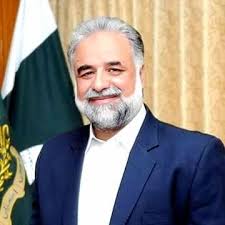 ABBOTTABAD: Deputy Speaker National Assembly and General Secretary PML-N Khyber Pakhtunkhwa Murtaza Javed Abbassi here on Wednesday said that under the leadership of Muhammad Nawaz Sharif, PML-N has fulfilled the promise to end energy crisis in the country.
While talking to the notables of Lora Circle, Murtaza said the government took concrete measures for the eradication of load shedding from the country which also increased the gross domestic product (GDP).
He said former Prime Minister Muhammad Nawaz Sharif has started the historical China Pakistan Economic Corridor (CPEC) which would improve the economy.
Deputy Speaker Murtaza Javed Abbassi said that PTI leadership has to change its behavior for the development of the democracy in the country.
Earlier, the area people briefed the Deputy Speaker about the issues of Lora Circle upon which Murtaza assured the residents that though provincial government has ignored the area of Lora and victimized the people but federal government was well aware of their issues.
He said “we already started many developmental projects in Lora and keeping in view the needs of this area many projects were in pipeline that would be completed till the mid of 2018”. – APP