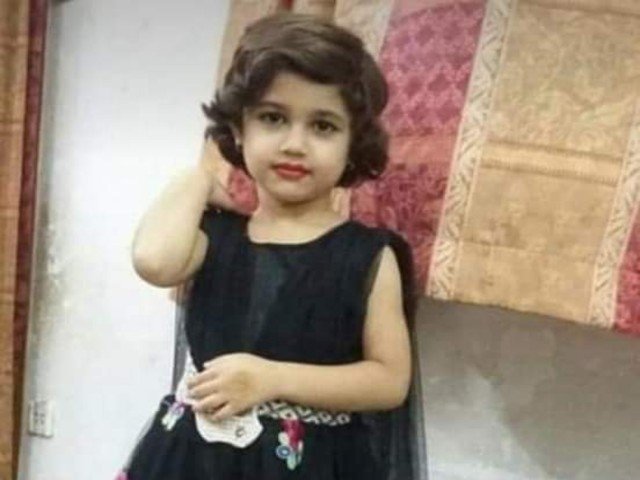 PESHAWAR: Police have arrested a man who shot dead his seven-year-old niece Eshal for making a lot of noise while playing with her friends at iftar time.
According to details, the suspect fled the scene after the tragic incident. However police arrested him during a raid in Landi Kotal area of district Khyber.
A video of the incident has gone viral on social media. The girl’s father had registered an FIR against his brother Fazal Hayatat in Thakal police station.
According to local police, Eshaal was playing with other children in the courtyard two days ago when her uncle Fazal Hayat, who lives upstairs in the same house, opened fire killing the little girl on the spot.
The suspect fled the scene after the tragic incident. However, the video of the incident went viral on social media.