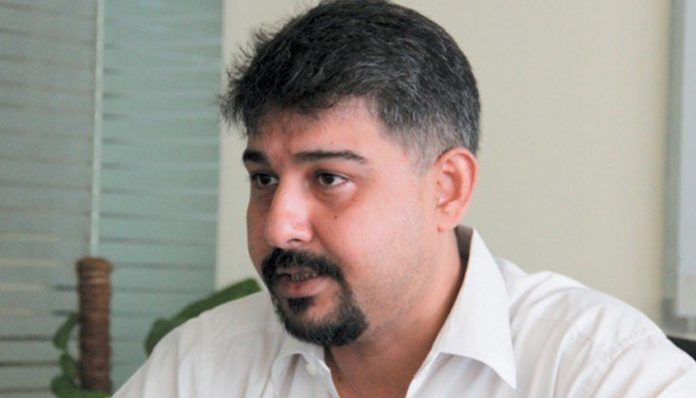 KARACHI: Former Muttahida Qaumi Movement-Pakistan (MQM-P) lawmaker Ali Raza Abidi’s guard was taken into custody on Wednesday as police continues investigations into his murder.
Abidi was shot outside his residence in Khayaban-e-Ghazi neighbourhood of Defence Housing Authority (DHA) on Tuesday night. Unknown assailants shot the former MNA as soon as he disembarked from his vehicle outside his residence. Abidi was shifted to PNS Shifa Hospital in critical condition where he succumbed to his wounds.
Confirming that Abidi’s guard, Qadeer, has been taken into custody, SSP Pir Muhammad Shah said, “The guard instead of immediately retaliating to the fire, went inside the house.”
“The guard went inside and asked Abidi’s father for a weapon to respond to the suspects’ firing,” the SSP added. “The guard who hails from Dera Ghazi Khan was deployed at Abidi’s residence around two months ago,” he further said.
SSP Shah added, “The suspects fired after the guard opened the gate.”
“We are investigating the reasons for Abidi’s murder,” SSP Shah continued. “The suspects have been traced at two to three spots through CCTV footage of cameras installed in the area,” he said.
Further, SP Investigation Tariq Dharejo said, “We have recorded statements of seven persons, including the guard.”
“The suspects had been following Abidi. There are three bullet holes on Abidi’s car and five bullet shells have been recovered. Both windows of the car’s right side and the windscreen have been shattered,” he added.
Abidi’s father Ikhlaq Abidi said his son sustained two bullets to his neck and one in torso. He said the assailants were riding a motorbike.
Doctors conducted a post-mortem on the deceased’s body. According to the initial report, Abidi sustained four bullets in the neck, arm and chest.
The closed-circuit television (CCTV) footage of Abidi’s assassination showed him arriving at his residence in his car. As he pauses for the gate to open, two suspects enter the frame on a motorcycle, having chased him to his home, and stop right next to the driver’s door. One of the suspects disembarks the bike, the video clip indicates, and opens fire on Abidi, while his accomplice remains seated, with the motorcycle’s engine running.
The suspect fires multiple shots and Abidi’s car lurches in towards the car porch before halting completely, as per the video. The gunman then returns to his accomplice and both of them flee on the bike.