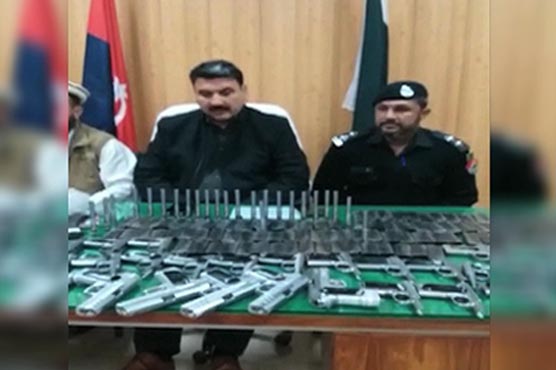 MARDAN: Police officers on Sunday have foiled an attempt to smuggle huge cache of weapons in Mardan.
According to District Police Officer (DPO) Sajjad Khan, 45 pistols have been recovered from the car. The weapons were being smuggled to Malakand from Peshawar, he told.
Moreover, investigation into the matter has been launched to nab the culprits.