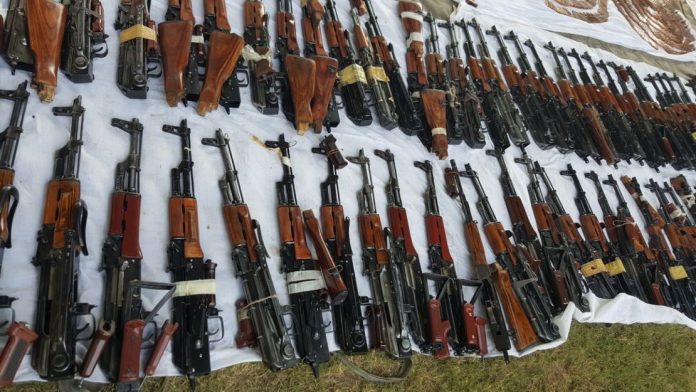 KOHAT: The district police Monday foiled a bid to smuggle huge quantity of arms and ammunition from tribal area to Kohat district.
According to police spokesman, SHO Police Station Jangal Khel, Qismat Khan taking prompt action on a tip-off beefed up security checking on a road between Dara Adam Khel and Kohat district.
During snap checking, the police intercepted a vehicle number LOE-6087 and on checking found 3,000 bullets and a pistol from the car. The police arrested the smuggler Muhammad Ayun from the spot, who during initial investigation told the police that he was taking the ammunition to district Kohat. …APP