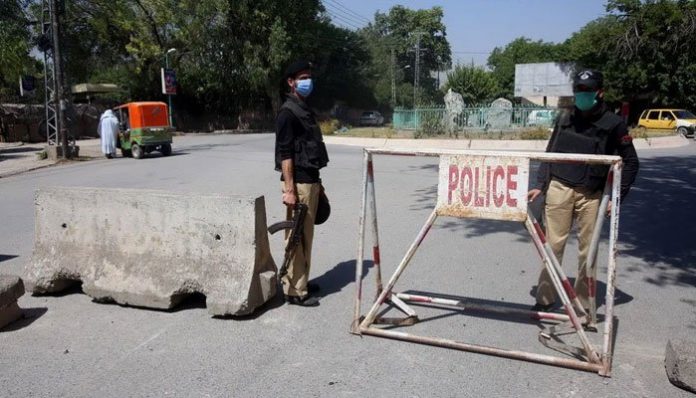 MARDAN: A police officer was killed and four others were wounded in an Improvised Explosive Device (IED) blast in Mardan district of Khyber Pakhtunkhwa.

The explosive device was placed near Chamtar Gate Police Station, said Irfanullah, the district police officer. Police officer was killed and four others were injured in the blast as result.

The main gate of the station and a police van was also damaged in the explosion.

The injured have been shifted to MMC Hospital for the treatment.

The police has cordoned off the area and started the search operation. The Bomb Disposal Squad (BDS) has also been called to determine the nature of the blast.