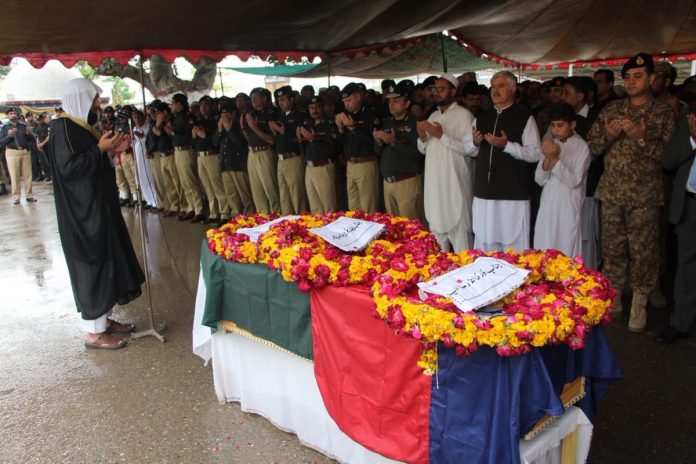 PESHAWAR: Funeral prayers for assistant sub-inspector of police Qamar Alam – who had embraced martyrdom during an operation against terrorists at a house in Hayatabad area of Peshawar on Monday night – were offered at the Malik Saad Shaheed Police Lines.
Khyber Pakhtunkhwa Chief Minister (CM) Mahmood Khan, Peshawar Corps Commander Lt Gen Muzhar Shaheen and KP Inspector General of Police Dr Muhammad Naeem among other civil and military officials offered his funeral prayer.
Officers presented a state salute to the martyred officer.
Meanwhile, KP CM Khan spoke to the media and expressed grief over the loss of officer, and asserted that seven terrorists have been hiding inside the house.
“After the operation is concluded, more information would be revealed,” he said.