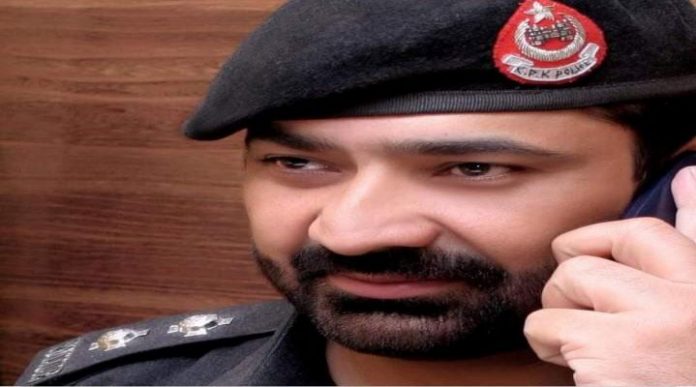 PESHAWAR— In yet another case of target killing of law enforcement personnel, Police officer Shakeel Khan was martyred in a gun attack near Chimkni Bypass in Peshawar on Friday when he was returning home after performing his duty.

He was driving his car in police uniform and when he reached near Chimkni Bypass, unknown armed assailants sprayed his vehicle with bullets. The Peshawar Capital City Police Officer (CCPO) said that the attackers were travelling in a white coloured car and were carrying guns and other ammunition.

The attackers managed to flee the scene after committing crime.

As per details, the Shakeel Khan was on his way to Police Station when the incident occurred and unknown assailants sprayed his vehicle with bullets. The officer died on the spot following the firing, as result.

An inquiry has been initiated. Police says raids are being conducted to find and arrest the culprit.

Police said that the unidentified armed men opened fire on Ehsanullah when he was returning to his home after performing duties.

It is pertinent to mention here that last Tuesday, two policemen were killed in firing by unknown armed men ridding on motorcycle in Lakki Marwart district of Khyber Pakhtunkhwa.