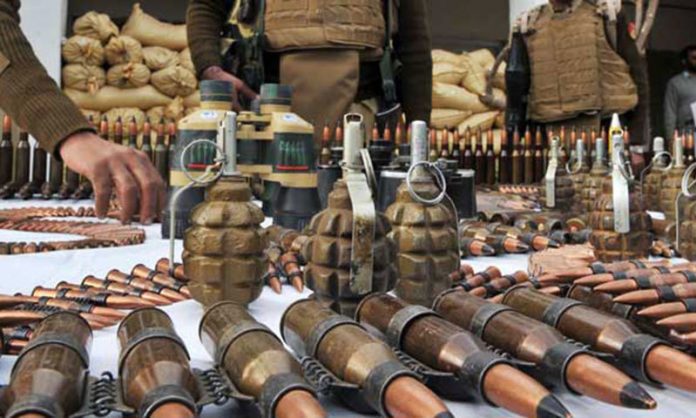 PESHAWAR: The Khyber Pakhtunkhwa Police on Thursday foiled a terror bid and recovered a huge quantity of arms and explosives buried at a graveyard in Shabqadar tehsil of Charsadda district.
A senior police official Muhammad Arif told media 40 kg explosives, seven mortar shells, five remote controlled receivers, 10 hand grenades, 13 Improvised Explosive Devices (IEDs) and detonators were recovered from a graveyard in Shabqadar tehsel of Charsadda.
Five suspected terrorists associated with the Bajaur Group of the Tehreek-e-Taliban Pakistan (TTP) were also arrested by the police, he said.
Muhammad Arif said the police were interrogating the suspects.