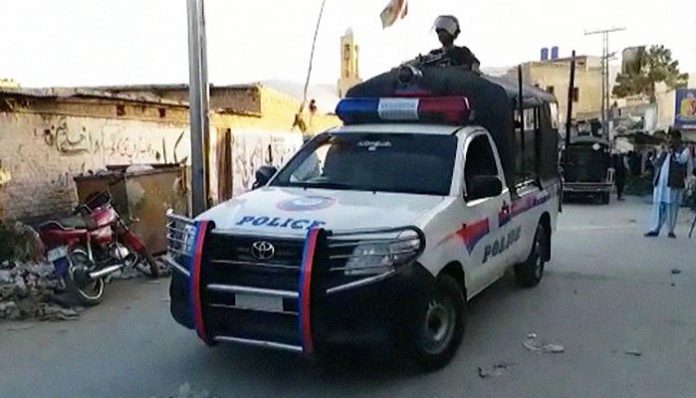 QUETTA: A blast ripped through Balochistan’s Loralai district on Monday, killing at least one police officer, official said.
According to police, the explosion took place near police’s Eagle squad and left the suspected bomber dead as well.
The blast took place when the police officers were following suspects on two motorcycles, added police official.
According to Commissioner Loralai, in the exchange of fire one miscreant was shot dead, while the other one blew himself up.
In the blast, one policeman lost his life while two others were wounded, added the commissioner.