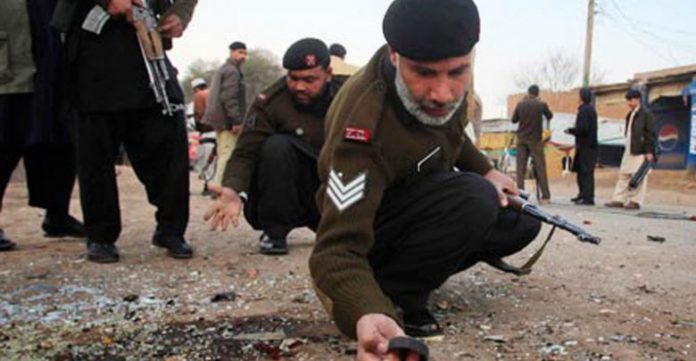 MIRAN SHAH: A policeman sustained critical wounds in a remote-controlled bomb blast in Miran Shah tehsil of North Waziristan tribal district of Khyber Pakhtunkhwa.
According to details, the explosion occurred in a car parked in Mir Ali Bazar. The injured official is a muharrar at Mir Ali police station and has been shifted to hospital.
Heavy contingents of police and security forces reached the incident spot and collected evidences. The area has been sealed and search operation to arrest the culprits has been started.