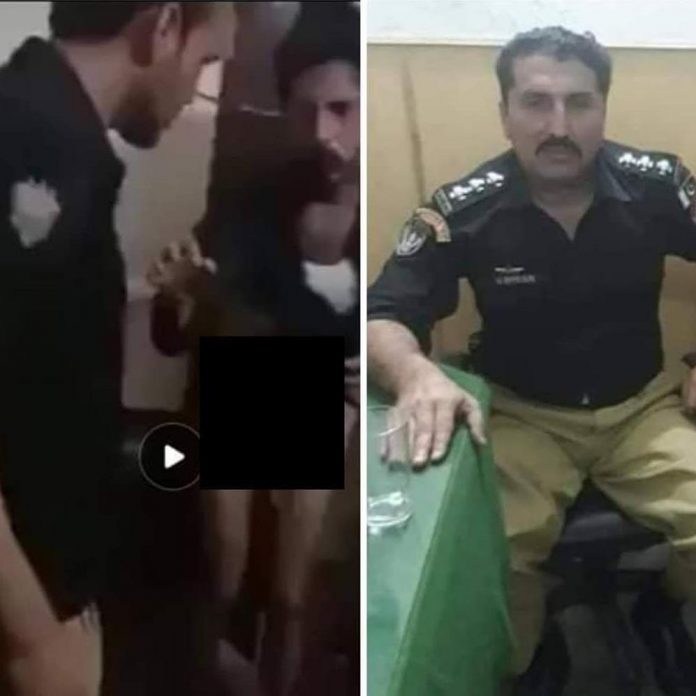 PESHAWAR: A judicial magistrate in Peshawar on Thursday awarded two-day physical remand of arrested three Khyber Pakhtunkhwa policemen who tortured and beat up a man in Peshawar for abusing them on social media.
Three policemen were arrested and booked for assault and other charges after a video showing them abusing and removing his clothes at a police station in Peshawar went viral on social media.
On the other hand, Inspector General of Police (IGP) of the Khyber Pakhtunkhwa Sanaullah Abbasi and Capital City Police Officer (CCPO) Peshawar appeared before the Peshawar High Court in the youth torture case.
As the hearing went underway, the PHC judge Justice Qaiser Rasheed reprimanded the IGP saying that few black sheep have defamed the entire police department.
“Station house officer (SHO) has a big responsibility, but it looks like KP police have appointed abnormal persons as SHO in the police department,” remarked PHC judge.
To which, the IGP KPK told court police cops and SHO involved in the incident has been suspended, arrested and an inquiry has been launched against them.
The court ordered IGP to conduct free and transparent inquiry and take the case to a logical conclusion.
It is pertinent to mention here that after outrage grew on social media against the abuse directed at the man identified as Amir, KP police arrested three personnel of Tehkal Police Station, including an assistant sub-inspector and two constables.
Peshawar SSP (operations) Zahoor Babar Afridi, in a video message, said the police high command had taken “strict notice” of the incident after the video went viral and promised that the “due course of law” will be followed.