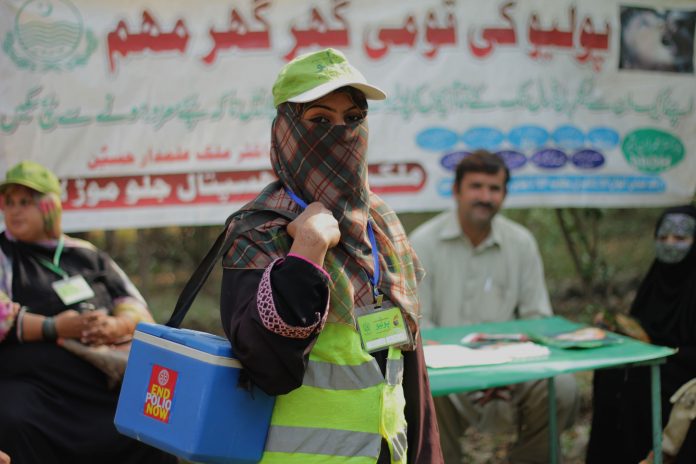 LARKANA: A female polio worker was injured in firing incident in Larkana city on Thursday.
According to details, where four gunmen on motorbikes fired shots at a polio worker, Sughra Lashari, in Lahori Mohalla area of the city.
Police said the lady vaccinator was critically injured, who was immediately shifted to city hospital.
Following the attack, the polio teams boycotted the campaign, demanding of the government to provide security to the volunteers.