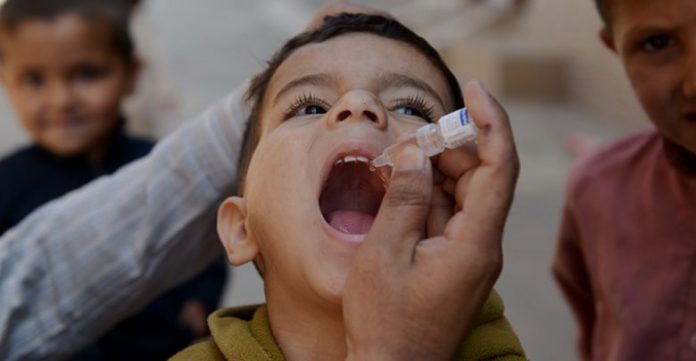 ISLAMABAD: A polio worker was killed in the line of his duty while persuading a chronically refusing family to vaccinate their children against the crippling disease in Mohmand district on Monday, according to Focal Person to the Prime Minister on Polio Eradication Babar Atta.
In a tweet, he said a young polio worker identified as Wajid from Mohmand tribal district embraced Shahdat as “reportedly he was trying to convince a chronically refusing family to allow vaccination to the child.”
“I give Wajid’s family my word that I will personally follow this case to its conclusion,” he assured.
In another tweet, the focal person said the police and other law enforcing agencies were conducting raids to arrest the killers. “Parents can refuse polio vaccination but attacking & then killing innocent polio workers will not be tolerated, no matter what. InshaAllah legal actions will do the talking. I promise my polio teams.”