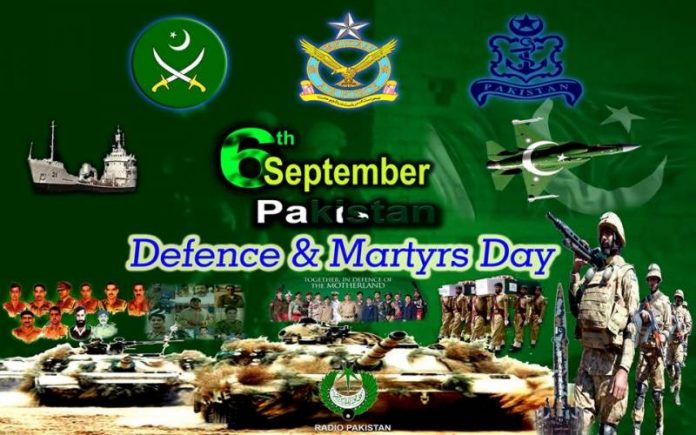 ISLAMABAD: Several political leaders and ministers paid rich tribute to martyrs and heros of the 1965 war on Defence Day.
Minister for Information Fawad Chaudhry said Defence Day serves as a reminder to the enemies that the “armed forces and Pakistani nation were, are and will stay united for the sake of country’s defense, progress, dignity and sovereignty”.“Today, we will also have to reaffirm our resolve to make Pakistan a welfare and impregnable power whilst emulating the spirit of September war,” Chaudhry added.Chief Minister Balochistan, Jam Kamal reiterated the pledge to revive the spirit of unity of September 1965 in confronting new challenges.
“Pakistan Army is now writing a new chapter of gallantry in the war against terrorism for the stability of the country and are rendering invaluable sacrifices for purging the country of the menace of terrorism,” he added.Pakistan Peoples Party chairman Bilawal Bhutto Zardari said that those who sacrificed their lives for the nation are our heroes and will forever be remembered.
Earlier, President Mamnoon Hussain in his message in connection of defence day, said that people of Pakistan demonstrated unsurpassed national unity and stood by their armed forces to thwart the evil designs of the enemy.
He emphasized that resolution of Kashmir issue in light of the UN resolutions is imperative for peace in the region.The President further said the sacrifices rendered by our valiant armed forces and the nation call for carrying on the spirit of September by forging unity among our ranks and fostering collective consciousness and wisdom as these traits are imperative to defeat the evil designs and conspiracies of the enemy.
The Prime Minister in his message said that Pakistan believes in peaceful coexistence and wants to promote mutual cooperation with the world, including neighbors on the basis of equality.Nation Salutes To Martyrs, Ghazis: PM Imran Khan Â Â Â Earlier, in his message on the eve of Defence Day of Pakistan, Prime Minister Imran Khan said that observance of Defence Day, in fact, is reiteration of the message to the enemy forces that the entire Pakistani nation along with its armed forces will spare no effort to protect the motherland.
He said the Defence Day was the best reflection of national unity and solidarity. “This year the Defence Day is quite unique because the Armed Forces of Pakistan, keeping in view their magnificent traditions, have achieved standout achievements in the war against terrorism which provided further stability and continuity to the motherland,” he added.He said the topic of ‘Hame Pyar Hay Pakistan Say’ represented the spirit and ambition of the entire nation.
The Defence Day of Pakistan, he said, was not limited to only 6th September but its real spirit remained alive throughout the year.
Khan said the whole world had witnessed the passion of Pakistani people and its armed forces and specially there was no example of sacrifices the Pakistani children, youth, women and elders had given in the war against terrorism during the last 17 years.