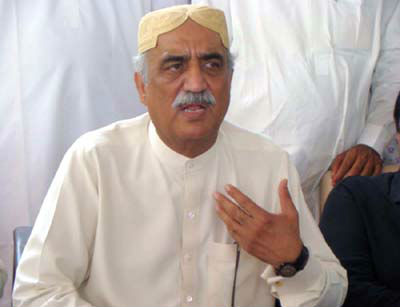 SUKKUR: Senior Pakistan Peoples Party (PPP) leader Khursheed Shah on Tuesday said the party will not move against the incumbent government as the PPP wants the Parliament to succeed.
While speaking to party workers in Sukkur, the veteran politician termed the election results suspect and added that despite his party’s protests, they joined the Parliament for the sake of democracy.
He said that the elected government’s performance during the first 100 days has been negligible and the legislature has yet to create a standing committee.
“We do not have a clue regarding who will the five million homes be for,” said Shah.
He reiterated that the PPP has always stood for democracy and cooperated with governments for the sake of democracy. The Constitution and laws are made by Parliament, added Shah.