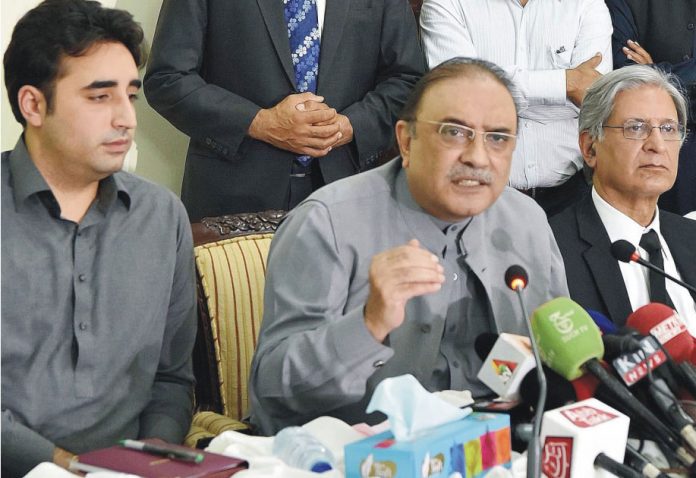 KARACHI: The Pakistan People’s Party (PPP) has established contacts with opposition parties regarding presidential election scheduled for September 4.
The party’s central leadership including Syed Khursheed Shah, Naveed Qamar, Qamar Zaman Kaira and Sherry Rehman has been tasked to woo opposition parties to support PPP’s candidate for presidential election, Aitzaz Ahsan.
The Pakistan Tehreek-e-Insaf (PTI) has already nominated Arif Alvi as its candidate for the post.
Earlier, a three-member delegation of Atizaz Ahsan, Kaira and Chaudhry Manzoor met PPP co-chairman Asif Ali Zardari to discuss the buildup to the presidential election.
According to the Election Commission of Pakistan (ECP), nomination papers can be filed with the presiding officers in Islamabad and at the commission’s provincial offices on August 27.
Scrutiny of the nomination papers will be conducted on August 29, while candidature can be withdrawn by 1200 hours on August 30. The list of validated candidates will be published the same day at 1pm.
Voting for the election will be held in the National Assembly and the four provincial assemblies from 10am to 4pm on September 4.