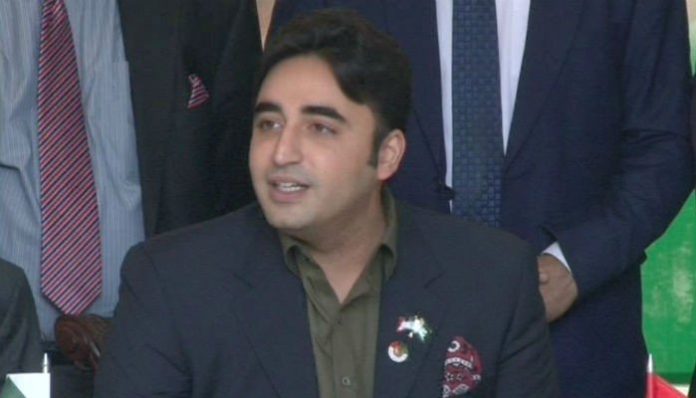 ISLAMABAD: Pakistan Peoples Party (PPP) Chairman Bilawal Bhutto Zardari said on Monday that his father former president Asif Ali Zardari was not using an air conditioner (AC) in prison.
Bilawal who along with sister Aseefa attended the remand hearing of Asif Zardari and Faryal Talpur told reporters he had discovered his father not using the AC facility during his last visit to the prison.
“When I and Aseefa went to meet President Zardari in jail he himself had the AC shut. When we asked him about this, he replied this was not something big for him. I and Assefa are asking him to use this facility.”
Bilawal mentioned the former president not using the AC facility after Prime Minister Imran Khan during his visit to the US announced that A-class jail facilities for Nawaz Sharif and Asif Zardari would be withdrawn.
The PPP chairman told reporters his party had a legacy of battling dictatorship and this ‘puppet’ government was no contest for them. “We will not compromise on democracy, 18th amendment, 1973 system and media independence.”
Bilawal also mentioned that there were no political prisoners during the past tenures of the PPP. The PPP chairman said Prime Minister Imran Khan should pray his party comes into power as they did not believe in revenge, warning of a severe outcome if the PML-N or Maulana Fazlur Rehman came into power.