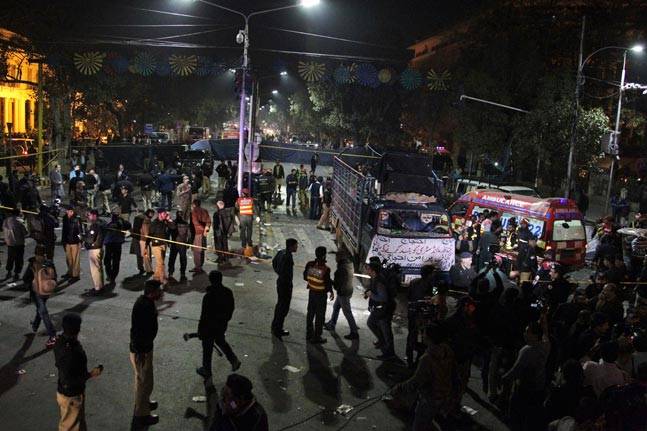 LAHORE: Law enforcement agencies on Monday submitted the initial investigation report on Lahore explosion before the Punjab Chief Minister Shahbaz Sharif.
The report declared the explosion as suicide attack. A 20 years old suicide attacker blew himself up at 06:10 pm. 6 to 8 kilogram explosive material was used in the explosion at Mall Road. Law enforcement agencies sealed the area and collected all the evidences.
According to the report, body parts of the alleged suicide attacker handed over to the Forensic Science Agency. While the police getting access to all the cell phones data, presented at the particular area when the suicide attacker exploded himself up by using geo-fencing technology.
While Inspector General of Police (IG) Punjab Mushtaq Ahmad Sukhera was of the view that the police officers were the target of the suicide blast.