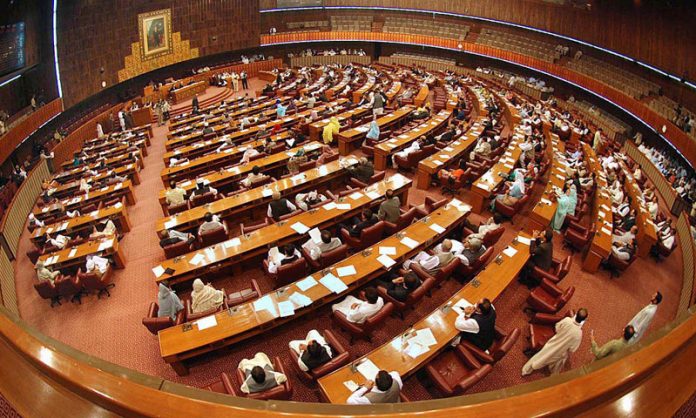 ISLAMABAD: President Arif Alvi on Thursday summoned a session of the National Assembly next week on July 27.

According to details President Arif Alvi has summoned a session of the National Assembly on July 27 Wednesday. The session would be held at 4 pm on Wednesday, July 27.

Under Article 54 of the constitution, the President has the authority to summon the National Assembly session.

Earlier in June, President Arif Alvi sent back the National Accountability Bureau (NAB) and electoral reform amendment bills to the PM for review.

The bills were reverted to PM Shehbaz Sharif under Article 75(B) of the constitution.

The head of the state has advised the Parliamentary committees to review both bills. The bills were passed in a hurry by the National Assembly and Senate, the president remarked.

The President added that legal experts and civil society should be engaged before making the amends. The supreme had also ordered to provide overseas Pakistanis with their right to vote in 2014 and 2018, he added.

Overseas Pakistanis can be provided with the facility to vote via technological advancements, Article 17 of the constitution provides them with this right.

Two days earlier on Monday, Raja Pervaiz Ashraf, speaker of the National Assembly, had rescheduled the July 20 joint session of parliament for August 22. He had put off the combined setting for unknown reasons.