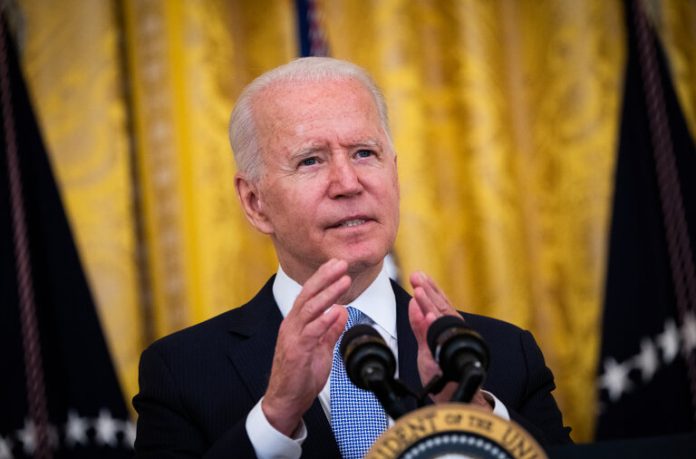 WASHINGTON: President Joe Biden on Tuesday mounted a fierce defense of US exit from Afghanistan as the “best decision for America,” the day after the US military withdrawal from Afghanistan.

“This is the right decision. A wise decision. And the best decision for America,” Biden said in an address to the nation in Washington after he stuck to an August 31 deadline to end two decades of bloodshed that began and ended with the Taliban in power.

He spoke after the United Nations warned of a looming “humanitarian catastrophe” in Afghanistan, underscoring the daunting challenges that the victorious Taliban face as they transform from insurgent group to governing power.

For America, Biden argued, the only choice in Afghanistan was “leaving or escalating.” And the president, whose critics have savaged him for his handling of the withdrawal, said the frenzied airlift — which saw the United States and its allies fly more than 120,000 people fleeing the new Taliban regime out of Afghanistan — was an “extraordinary success.”

“No nation has ever done anything like it in all of history; only the United States had the capacity and the will and ability to do it,” he said.

In his remarks, he noted that 90% of Americans who were in Afghanistan and wanted to leave were able to leave. The White House later updated a transcript of his remarks to show that the correct figure was 98%.

Biden said the international community would hold Taliban leaders accountable for their promise to permit freedom of travel.