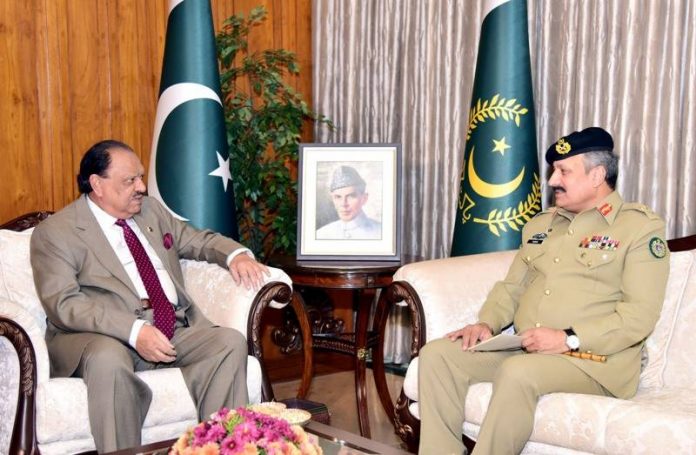 ISLAMABAD: The newly appointed President of National Defense University Lieutenant General Rizwan Akhtar called on President Mamnoon Hussain in Islamabad on Thursday.
He briefed the President about the University`s academic affairs.
He said the University has played a key role in Defense and Strategic Studies.
Mamnoon Hussain congratulated Rizwan Akhtar on assuming the charge of president of the university, and hoped the institution’s performance will further improve under the new President.