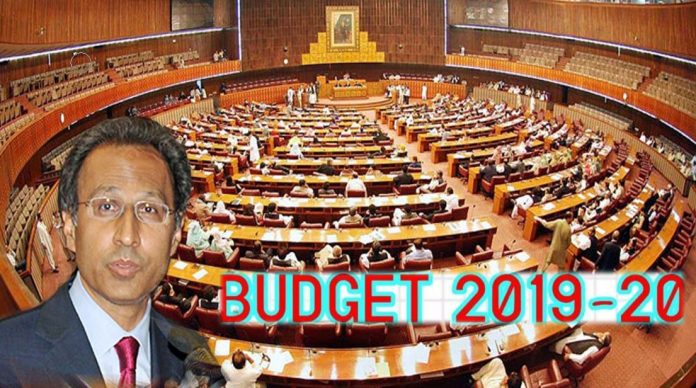 ISLAMABAD: The President has summoned the 11th session of the National Assembly to meet in the Parliament House, Islamabad tomorrow at 4:00 p.m.
The Federal budget will be presented in this session.
Earlier on Saturday, Prime Minister Imran Khan has said development of the merged tribal areas is the top priority of the government which is focusing on provision of health, education and other facilities, besides maintaining law and order situation in these areas.
“The government is striving to cut maximum expenditures in the upcoming budget by adopting austerity measures,” said the prime minister during a meeting with Khyber-Pakhtunkhwa Governor Shah Farman and Chief Minister Mahmood Khan.
Minister for Communication Murad Saeed, Special Assistant on Information and Broadcasting Firdous Ashiq Awan and Special Assistant on Political Affairs Naeemul Haq were present, says a PM Office statement.
The meeting took stock of the progress and future strategy for the development and progress of the merged tribal areas.
“The government is making all-out efforts to provide employment opportunities to the youth in these areas so that they can fully utilise their potentials,” said PM Imran.
Lauding the immense sacrifices of the residents of erstwhile tribal areas for the solidarity of the country, PM Imran said the government was specially focusing on the social and economic uplift of these areas so as to improve the living standard of their residents and bring it on a par with the rest of the country.
However, he said, full focus was made on the development of backward areas and to provide assistance to the weaker segments of society.
He mentioned that in the upcoming budget, special attention was paid on the progress and development of the less-developed areas of Balochistan and the erstwhile tribal areas.
Chief Minister Mahmood apprised the prime minister of the progress in the ongoing development projects in these areas, especially about the provision of Sehat Insaf Card.
Separately during a ceremony in Multan on Saturday, Foreign Minister Shah Mehmood Qureshi said that the present government would introduce ‘Ehsaas Programme’ in the upcoming budget to facilitate unemployed youth, poor women and other deserving people of the country.
“The Ehsaas Programme has 215 different policies which would surely help address economic problems of the poor,” said Qureshi.
The foreign minister said the government was also committed to introduce an excellent local government system and representatives would be empowered completely who would have funds to spend them at gross-root level for welfare of the masses.
The minister said that the past rulers had ignored south Punjab and did nothing for its development, adding that the construction of Nishtar Hospital II would also help address the health issues of the masses.
He said both the PML-N and the PPP plundered public money and had taken record loans during the last 10 years of their government, which had hampered the country’s progress.
However, he added that the Pakistan Tehreek-e-Insaaf (PTI) government would ensure matchless progress in the country through wise and people-friendly policies.
Qureshi said the masses would re-elect the PTI in the next elections on basis of its performance.
The PTI government’s tenure would be entirely different from the past ones as there would be no commission in any scheme, he said, adding that all possible resources would be utilised for uplift of South Punjab and the government would end the sense of deprivation among the masses of the region.
The foreign minister also announced to spend an amount on the construction of Surij Kund Road.
Earlier, the foreign minister also inaugurated a filtration plant. Provincial Minister for Energy Dr Akhtar Malik, Mushtaq Thaheem, Rana Abdul Jabbar, Mian Jameel, Farooq Khan Babir and others were present.