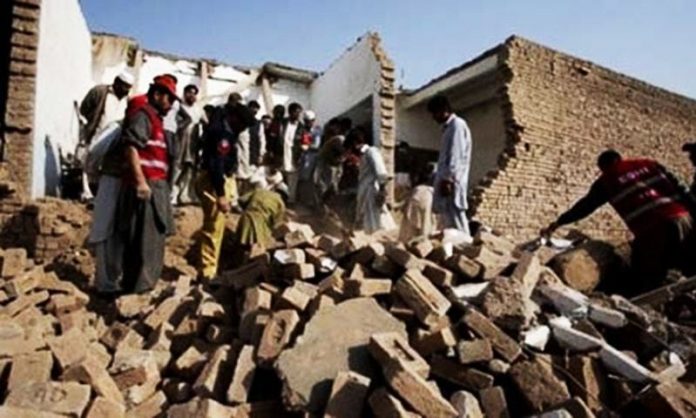 CHITRAL: A primary school for boys was partially damaged in a terrorist attack at Arandu village in Chitral early on Sunday morning, police officials said.
According to district administration, unknown terrorists had planted explosives in the school, which went off on sunday. However, there is no report of any casualty as the school was closed being Sunday.
District Police Officer (DPO) Furqan Bilal confirmed the attack on the primary school in Arandu Gol village situated near the Pak-Afghan border, saying it appeared that an improvised explosive device was used to destroy the only primary school in the area.
A police party escaped another IED blast in the area, the police official said. A second IED had been planted along the road near the school and went off minutes after policemen passed by the spot, the DPO added.
Police have started an investigation into the incident. When questioned about the suspected identities of the perpetrators, the DPO said, “At the moment, I not in a position to comment about the attackers.”