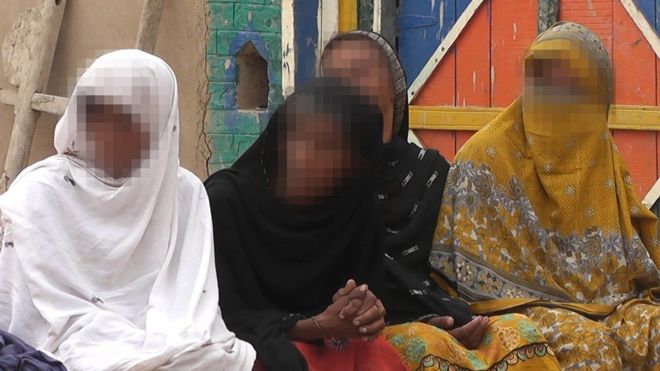 DERA ISMAIL KHAN: The prime suspect involved in parading a local girl naked through the streets of a village in Dera Ismail Khan named as Sajawal was still at large even after 16 days of the incident.
The victim has once again recorded her statement before a judicial magistrate claiming that the investigation officer filed a wrong report earlier in which he did not intentionally mention that she was stripped of her clothes and forced to walk naked through the streets of her village.
The Station House Officer (SHO) was also summoned after public pressure started mounting and section 354-A has now been added to the case.
The accused can even get death penalty if proven guilty; however, the victim’s brother told that his family was being pressurized to abandon the case.
On the other hand, Pakistan Tehreek-e-Insaf (PTI) Member National Assembly (MNA) Dawar Khan Kundi said he stood firm on his stance that PTI leader and Khyber Pakhtunkhwa Revenue Minister Ali Amin Gandapur was backing the culprits.
Pakistan Peoples Party (PPP) leader Nighat Orakzai had also accused Ali Amin Gandapur of supporting criminals responsible for this heinous act.
Orakzai vowed to stage a sit-in protest outside residence of Gandapur until the victim was given justice.
PTI MNA Gandapur has denied the allegations leveled against him and claimed innocence.