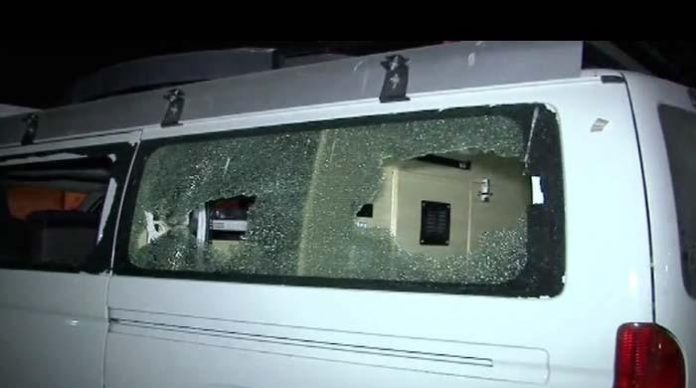 KARACHI: The assistant cameraman of Samaa TV was gunned down when unknown attackers sprayed bullets at the channel’s van in D A Churangi Karachi.
It has been reported that the Samaa team was covering the cracker attack on an armored van of police when it s van was attacked by unknown gunmen.
The assistant cameraman Taimur was shifted to Abbasi Shaheed Hospital as he suffered severe injuries in the attack however; he succumbed to his injuries after some time.
IG Sindh A D Khawaja has immediately demanded the report of both these attacks and expressed that the criminals behind this attack would soon be arrested.
On the other hand, CM Sindh has also taken notice of the matter as he telephoned IG Sindh over the matter.
He expressed her grief over the martyrdom of Taimur and revealed that the aggrieved family would be provided justice in any case.