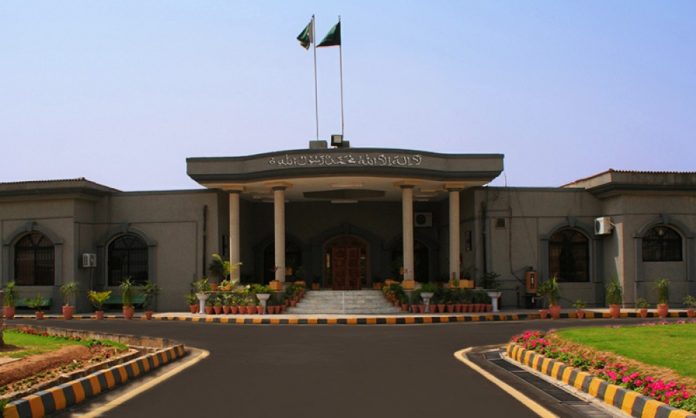 The Islamabad High Court has taken the decision to set the prohibited funding case before a larger bench. The hearing will summon on August 18.

Anwar Mansoor and Faisal Chaudhary, attorneys, spoke on behalf of the PTI, which the Election Commission of Pakistan said had received illegal funds. The party was sent a notice requesting justification for not seizing the funds.

The barristers who appeared on behalf of PTI were Anwar Mansoor and Faisal Chaudhary. PTI was found by the Election Commission of Pakistan to have received prohibited funding. The party was issued a notice inquiring about the reasons why these funds should not be seized.

“We have challenged the Election Commission’s fact-finding report,” Mansoor said.

According to the lawyer, “it was not necessary to disclose accounts for various reasons”.

“The money went from here (Centre) to provincial accounts, which was not necessary to disclose,” the counsel said.

Furthermore, he urged the court to refrain from acting in response to the show-cause notice that was served to the party.

Justice Farooq responded by saying that the bigger bench would also discuss this issue.

The hearing was subsequently put on hold as the court issued instructions for a larger bench to hear the case on August 18.

ECP’s fact-finding report
A three-member bench of the election commission ruled unanimously on August 2 that the PTI received illegal funds.

The case was earlier referred to as the “foreign funding” case, but later the election commission accepted the PTI’s plea to refer to it as the “prohibited funding” case.

The Imran Khan-led PTI did accept funds from foreign firms and people, which it hid, according to the commission’s 68-page ruling.

According to the ECP decision, the PTI received funding from 351 businesses, including firms, and 34 private individuals.

Moreover, 13 unknown accounts have come to light, as said the commission in the verdict. It was also highlighted that the hiding of accounts was a violation of Article 17 of the Constitution.

ECP also found that the chairperson of the party had submitted a false Nomination Form and also the affidavit was upon inquiry discovered to be fake.

The PTI chairperson submitted a fake Nomination Form, and the ECP also discovered that the affidavit presented regarding party accounts was false.