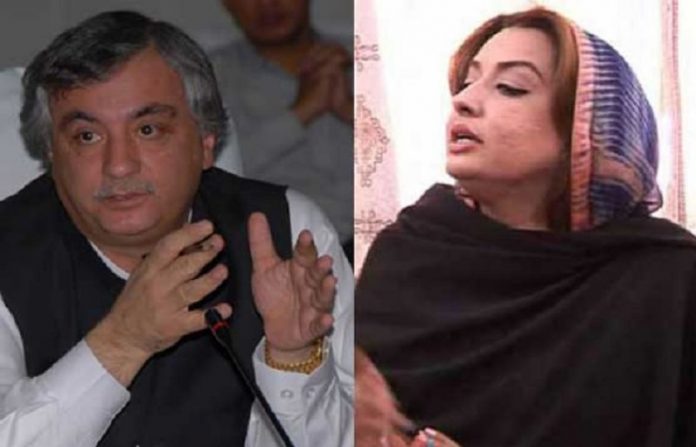 PESHAWAR: Pakistan Peoples Party (PPP) leader and former federal minister Dr Arbab Alamgir and his wife former MNA Asma Alamgir on Tuesday appeared before accountability court in Peshawar in the assets disproportionate to their known sources of income case.
On the day of testimonies from three prosecution witnesses, jurors approved statements to be recorded from four more witnesses in the case.
Earlier on Feb 12, the court re-framed charges against them after deleting a paragraph about their alleged foreign properties as the National Accountability Bureau (NAB) had failed to produce any evidence in that respect.
The court re-indicted the couple only for their properties in Pakistan, which the NAB Khyber Pakhtunkhwa claimed valued Rs332 million and that the same were disproportionate to known sources of their income.
The couple had pleaded not guilty and decided to stand trial.
The NAB in its reference has claimed that a supplementary reference regarding their foreign assets would be filed after receipt of documentary evidence through Mutual Legal Assistance (MLA) from foreign countries.
On November 20, 2018, the National Accountability Bureau (NAB) had approved inquiries against them and claimed that during investigation it was revealed that both of the suspects had accumulated huge assets worth millions of rupees.