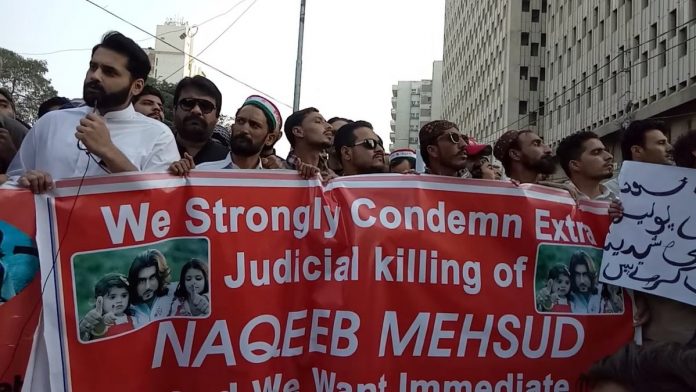 KARACHI: Hundreds of protesters Friday blocked Super Highway near Gana Mandi in Sohrab Goth area of Karachi to express solidarity with bereaved family of Naqeebullah Mehsud and demanded action against SSP Rao Anwar.
The protesters holding black flags gathered at super highway and blocked the road by putting tyrs on fire. The tribal elders addressed the protesters and condemned the ‘extra-judicial’ killing of Mehsud.
They said that Naqeebullah Mehsud was not terrorist. They demanded of the government to registered an FIR against SSP Rao Anwar under Section 302.
Meanwhile, similar protests were also held in other parts of the country including Kohat, Tank, Bannu and Peshawar.