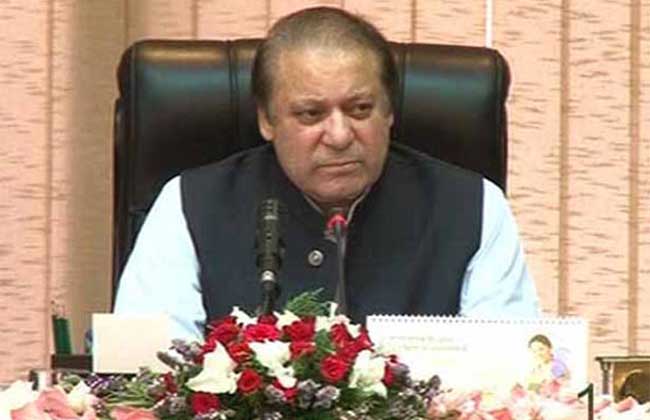 ISLAMABAD: Prime Minister Nawaz Sharif said the role of provinces is vitally significant with regard to implementation of National Action Plan and the federal government will continue extending cooperation to them for the purpose.
Addressing a crunch meeting on the NAP, Nawaz Sharif remarked that the federal government is in persistent contact with the provinces over continued efforts against terrorism.
Meantime, the reports of the provinces over the implementation of the NAP were presented before the meeting.
Plan Task Force head Nasser Khan Janjua briefed the meeting. Later, the progress on implementation of the NAP was discussed in details.
Mulling over the recommendations of the task force, the participants hashed out registration of seminaries and stemming funding of terrorists.
High-ups including Chief of Army Staff (COAS) General Raheel Sharif, DG ISPR, DGMO, Federal Interior Minister Chaudhry Nisar Ali Khan, federal ministers, all the Chief Ministers and governors, Chief minister of Gilgit-Baltistan and Prime Minister Azad Kashmir are in the attendance in the meeting.