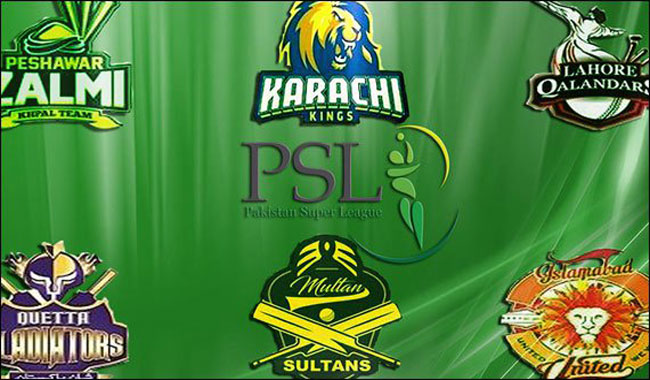 LAHORE: Pakistan Super League (PSL) schedule has been prepared and sent off to franchises for its third edition in 2018.
According to Pakistan Cricket Board (PCB), the PSL event will begin with its first match on February 22, concluding the series with the final match on March 25, 2018, in a Peshawar Zalmi playoff against the new entrants Multan Sultans.
The PSL matches will be distributed in Pakistan and United Arab Emirates (UAE) while Abu Dhabi has been dropped from the PSL – 3 venues, where PCB was expecting at least 6 matches in Abu Dhabi.
Sources also added that none of the matches will be held in Abu Dhabi due to logistical issues.
The official announcement for PSL – 3 will be made next week, a source related to the matter declared.
PCB chairman Najam Sethi had earlier confirmed that Karachi’s National Stadium will host the final match of PSL – 3 in March next year.
Karachi’s National Stadium is going under renovation process which is expected to complete before PSL final for the third edition of the tournament in 2018.
PCB has reportedly allocated ten million rupees for this purpose.