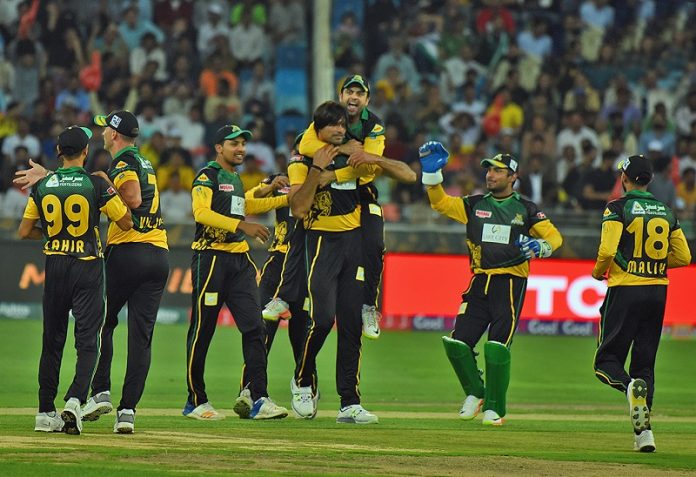 DUBAI: The new entrants in third edition of Pakistan Super League (PSL-3), Multan Sultans beat Peshawar Zalmi by 19 runs in here at Dubai International Cricket Stadium on Tuesday night.
New comers Multan Sultans extended their dominance with a comprehensive victory over Peshawar Zalmi, thanks to Sohaib Maqsood for his blistering knock of 85 on just 42 balls.
Sultans batted first and scored 183 runs for the loss of three wickets in the allotted 20 overs.
The pressure of the scoreboard got better of Zalmi’s openers as both departed early in pursuit of 184.
However, the Hafeez made useful partnerships with Wessels and Dawson and brought up his fifty on jus 36 balls.
Zalmi required 33 runs in the last two overs but Sohail Tanvir gave just two runs in the 19th over and picked up two important wickets.
The over proved to be the turning point in the match and in the end, Zalmi fell well short of the target.
Zalmi could score 164 for the loss of eight wickets in the allotted overs.