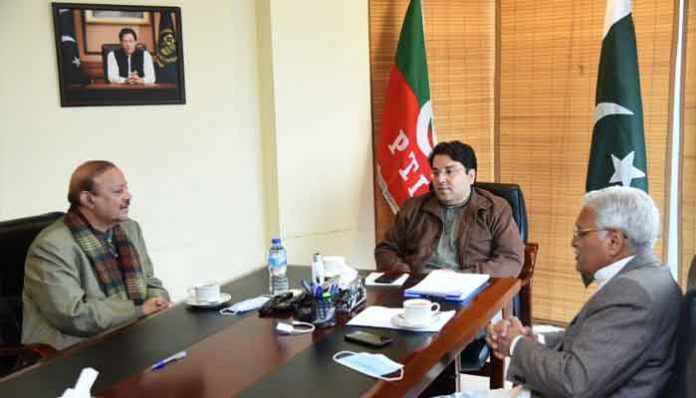 ISLAMABAD: After gaining a two-thirds majority in the recently held Gilgit Baltistan polls, the PTI is now willing to contest the polls in Azad Jammu and Kashmir independently, Khyber News reported. It was disclosed during a meeting between former AJK prime minister and PTI Kashmir President Barrister Sultan Mehmood Chaudhry and PTI Central Chief Organiser Saifullah Khan Niyazi. It was decided that the PTI will go to the electoral arena without forging an alliance with any other political party in the region.

“After the historic victory in Gilgit-Baltistan, the PTI leadership has started planning for the elections in AJK,” added the statement.
The tenure of the present AJK assembly ends in July next year.

Saifullah Khan said he was thankful to the Almighty for the historic victory in the GB polls. He said that PTI has become a strong and powerful force in AJK.