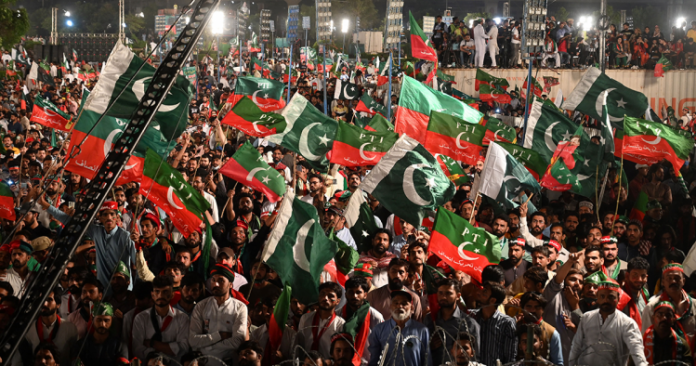 The application requested District Commissioner Irfan Nawaz Memon, to allow the party to stage the demonstration on the — provides quick access through the Islamabad — on the day of the long march.

The Party also requested the administration to provide security and also take measures for the security of participants.

In its application, PTI assured the deputy commissioner that participants of the rally would remain peaceful during the tenure of the demonstration.

The application was moved a day after defiant former prime minister Imran Khan called for his supporters to march peacefully on Islamabad on May 25 (Wednesday), to press for fresh elections.

Since his ouster in April, Khan has addressed mega rallies in several cities as he mobilises for a grand show of strength in the capital.

In his speech, Khan urged authorities not to oppose the march, which will gain strength outside of Islamabad before heading to the city centre. There, he says his supporters will remain until Parliament is dissolved and new elections are called.

Thousands have come to his rallies in the past.

Minister for Interior Rana Sanaullah Khan warned PTI supporters not to cause trouble during the march, and accused the party chairman of misleading the youth — a font of his popularity — for political gain.