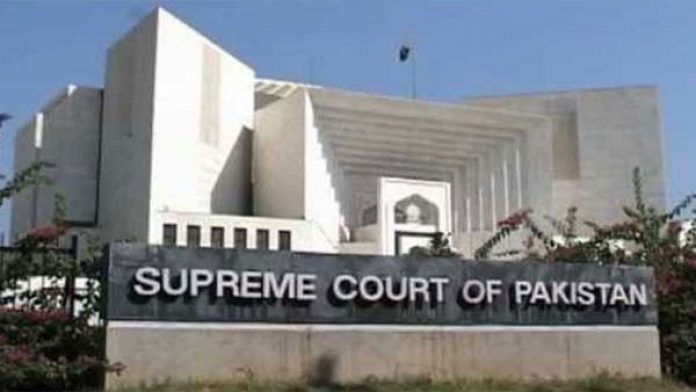 In his petition filed in the apex court on Monday, PTI chairman and former prime minister urged the court to declare the government’s decision to take back the voting rights to overseas Pakistanis null and void.

The court should order the National Database and Regulatory Authority to create a mechanism for the voting of overseas Pakistanis.

Former prime minister requested the court to order the National Database and Regulatory Authority (Nadra) to create a mechanism for the voting of overseas Pakistanis.

He also urged the top court direct the “ECP and all relevant authorities to take necessary steps to give effect to the right of overseas Pakistanis to vote in all future elections, especially the upcoming general elections from their country of residence “

The ECP should be directed to“ grant the necessary approvals and funds to Nadra for developing the new I-voting system as detailed in the NADRA Proposal within a strict timeframe as to be in place in time for use in the upcoming/next general election,“ the petitioner prayed.

Last week, the Islamabad High Court (IHC) dismissed a petition against the constitutional amendment on the voting procedure for overseas Pakistanis citing it as inadmissible.

Chief Justice (CJ) Athar Minallah dismissed the petition after hearing the arguments of the petitioner’s counsel.

The chief justice said that it is beyond the court’s ambit to instruct the parliament on legislation-making.

Justice Minallah hoped that the Election Commission of Pakistan would take necessary steps to ensure that overseas Pakistanis vote in the next elections.

“This is a very complex matter, the security and secrecy of the vote are very important,” Justice Minallah remarked adding that the legislation passed by the parliament cannot be termed malafide.

Controversy surrounding Elections Amendment (Act) 2022
On May 26, the parliament had passed ‘The Elections (Amendment) Act 2022’ which has bound the Election Commission (EC) to run Electronic Voting Machines (EVMs) pilot projects in bye-elections to “assess the technical efficacy, secrecy, security and financial feasibility of the EVMs.”

When the bill was sent to President Arif Alvi, he refused to give his assent to the bill and returned it unsigned, a requirement to enact the bill into a law.

Later on, the Pakistan Muslim League-Nawaz government, in order to bypass requirement to seek the president’s approval, called the joint session of the Parliament and got the bills approved by it including the Elections Amendment (Act) 2022.