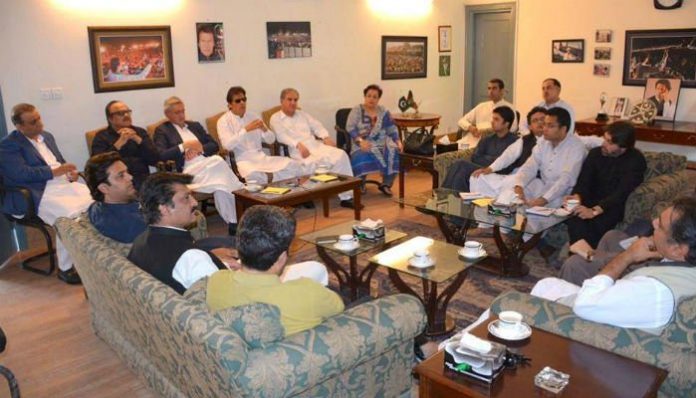 ISLAMABAD: A consultative meeting of Pakistan Tehreek-e-Insaf was held at Bani Gala in Islamabad on Saturday with Imran Khan in the chair.
The meeting held consultations on government formation in federation and the Punjab.
The issue of appointing Chief Ministers in Punjab and Khyber Pakhtunkhwa and names of probable ministers were also discussed.
It was attended by Jahangir Tareen, Asad Umar, Shireen Mazari, Arif Alvi, Yar Muhammad Rind, Imran Ismail, Shehryar Afridi and others.
Fakhar Imam, who won from Punjab as an independent candidate and other independents were also present.