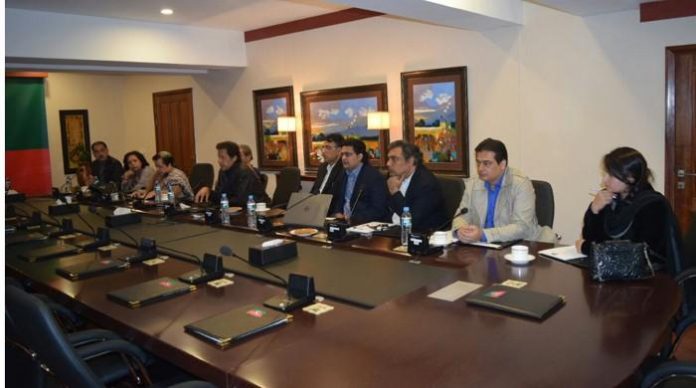 ISLAMABAD: Pakistan Tehreek-e-Insaf (PTI) on Saturday decided not to attend joint session of Parliament convened for Nov 17 which will be addressed by the visiting Turkish President Recep Tayyip Erdogan.
The decision was made during PTI senior leadership meeting chaired by Imran Khan at Bani Gala. The meeting discussed the November 17 joint-session of Parliament.
According to sources, PTI will not attend the joint-session of Parliament and maintain its National Assembly boycott.
According to sources, Imran Khan dismissed advise of senior party leaders to attend the joint session which will also be attended by Turkish President Recep Tayyip Erdogan. The PTI will request time to meet the Turkish president.
On Saturday, Awami Muslim League (AML) President Sheikh Rashid Ahmed called on PTI chief Imran Kahn at his Bani Gala residence.
Sources said that during the meeting both the leaders held consultations on Panama Leaks case pending in Supreme Court and the joint sitting of the Parliament to be held on Nov 17.
Sources said that AML and PTI might not attend the joint sitting of the Parliament. They said that PTI chief Imran Khan will make announcement regarding participation in the joint session of the Parliament at a press conference on Sunday.
It is to be mentioned here that Turkish President Recep Tayyip Erdogan will be visiting Pakistan next week on two-day official visit. During his stay in Pakistan, he will also address the joint session of the Parliament on Nov 17, 2016.