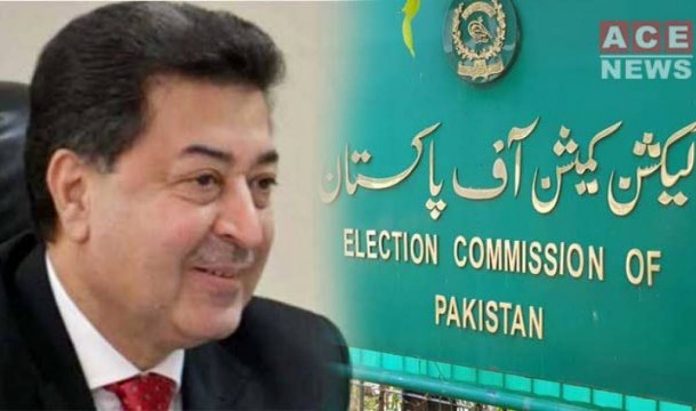 PTI leader Babar Awan moved the reference before the Supreme Judicial Council, seeking the removal of chief election commissioner on account of the ‘commission of continuous and deliberate misconduct’.

The reference claimed that Sikandar Raja Sultan had violated the Election Commission of Pakistan’s (ECP) code of conduct and failed to fulfill his constitutional obligations.

The reference noted that a delegation of the Pakistan Democratic Movement (PDM) met the CEC and four other members of the ECP in his office to ‘pressure’ him into announcing the verdict in the prohibited funding case.

“It was a consequence of that meeting that the Election Commission decided to deliver the verdict few days later,” it stated.

The code of conduct for judges applies to the chief election commissioner as well, the it stated, adding that a high court judge never discusses pending cases with any person or institution.

“Sikandar Raja Sultan must be removed from one of the most respectable and sacred constitutional posts,” the reference concluded.

Earlier on July 29, a government delegation, consisting of the Pakistan Democratic Alliance (PDM) and Pakistan Peoples Party (PPP) leaders, met with the ECP chief and demanded the announcement of the reserved verdict of the PTI foreign funding case.

It is pertinent to mention here that the Election Commission of Pakistan (ECP) announced the much-awaited verdict in the Pakistan Tehreek-e-Insaf prohibited funding case.

The ECP bench in its reserved verdict said prohibited funding against PTI has been proven. ECP, in its unanimous verdict, ruled that the party received funds from business tycoon Arif Naqvi and from 34 foreign nationals.