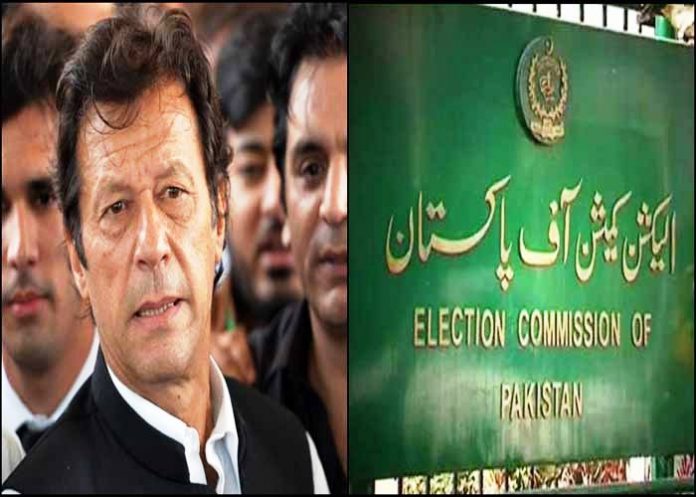 ISLAMABAD: The Pakistan Muslim League-Nawaz (PML-N) on Thursday decided to file a separate case with the Election Commission of Pakistan (ECP), seeking scrutiny of the Pakistan Tehreek-e-Insaf’s (PTI) foreign funding sources.
In an application submitted by the PML-N, it has sought complete details of bank accounts held by the PTI from the years 2013 to 2018.
For scrutiny of foreign funding to the ruling PTI, PML-N Member of the National Assembly (MNA) Mohsin Shahnawaz Ranjha stated that his party would not become a party to the case lodged by Akbar S Babar in November, 2014, after he had developed differences with the PTI.
“We will file a separate case against the PTI,” he said.
It is important to note that in the case already being heard by the ECP, the scrutiny of PTI’s foreign funding sources is being done till the year 2013, whereas the PML-N has sought increasing the scope of investigation till 2018.
Earlier today, the ECP rejected four application filed by PTI seeking secrecy in the scrutiny of the foreign funding case.
It has directed a special scrutiny committee to continue its investigation into the same case and has ordered the concerned parties, including the PTI, to appear before the committee on Oct 14.
In a previous hearing on Oct 1, the ECP bench had reserved its verdict on PTI’s applications after listening to the arguments of the various parties to the case. The hearing was resumed after 18 months.
A three-member bench headed by Chief Election Commission (CEC) Sardar Muhammad Raza Khan had examined a report concluded by the scrutiny committee and had adjourned the hearing till Oct10.
The bench had observed that the scrutiny committee had found details of 23 accounts held by the PTI.
On the four applications filed, the PTI’s counsel had taken a stance that false speculations on the media were meant to defame the party’s reputation and had demanded the ECP to ensure prevention of information leakage.
The party’s counsel further asked the bench to take a stern action on spreading false information about the matter.
“We are talking of the matter tainted with mala fide intention and are not accusing the committee in anyway,” the bench was told.
To this, the CEC responded: “What has happened to you in the last five and a half years for you are complaining about mala fide intention? […] what the committee had to do with information being shared on media?”
Applicant’s advocate Ahmad Hassan told the bench that the State Bank of Pakistan (SBP) had handed over the details of 23 accounts owned by the PTI, and in every meeting, the party had its representative to place forward its stance.
“The PTI’s own members have leaked the information and now they are making excuses to run away from the issue,” he stated.
For scrutiny of foreign funding, the ECP had already issued notices to the concerned parties including the PTI and Akbar S Babar – who had filed the case in November, 2014, after he developed differences with the party.
For over a year, the proceedings of the case were delayed in the ECP as the PTI had filed a writ petition in October 2015 in the Islamabad High Court seeking to restrain the ECP from scrutinising its accounts.
In March 2018, a scrutiny committee had been formed to look into PTI’s foreign funding accounts to ascertain any malpractice.