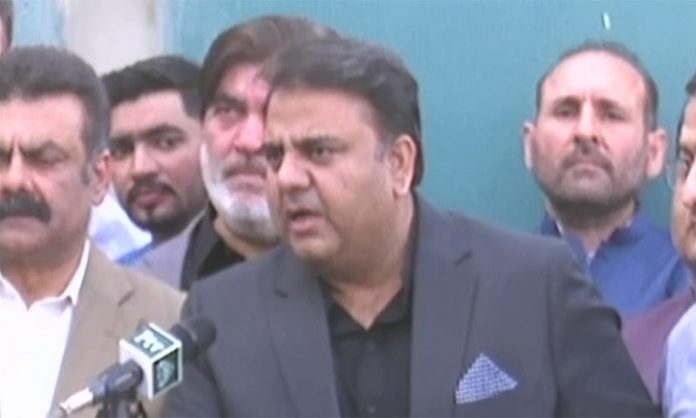 LAHORE: Minister for Information and Broadcasting Chaudhry Fawad Hussain says Pakistan Tehreek-e-Insaf has dismantled the web of corrupt alliances and done away with the old political system in the country.
Addressing a news conference in Lahore, he said getting rid of the old political system was necessary to put the country on path to progress.
The Information Minister said the traditional politicians have caused immense loss to the country through their corruption and high-handedness.
Citing the government’s achievements on the economic front, he said a vivid change is happening every day.
Fawad Chaudhry said the government is all set to introduce new local government system in Khyber Pakhtunkhwa and Punjab during the next fiscal year.