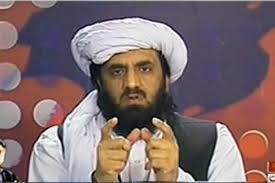 MULTAN: Jamiat Ulema Islam (F) leader and Senator Hafiz Hamdullah on Tuesday said Pakistan Tehrik-e-Insaf (PTI) had no future in Khyber Pakhtunkhwa (KP).
Addressing a press conference, he said: “I am not seeing PTI government in KP after general election 2018, claiming
that JUI-F will win election easily from Balochistan and KPK”.
He said that many important decisions regarding Muthidda Majlis Amal (MMA) would be made in a meeting of different religious parties to be held on December 12.
In case the MMA was restored fully, the religious political parties would achieve good results in Punjab and Sindh too, claimed Hamdullah.
Responding to a question about any chance of alliance with PTI, Hafiz Hamdullah remarked that PTI had lost public support and JUI-F would not strike axe on its feet, by making alliance with the PTI.
To another question about allegations of corruption on PML-N leadership and JUI-F support for PML-N, the JUI-F leader maintained that former Prime Minister was targeted in the name of corruption.
About CPEC, the senator stated that JUI-F fully support the CPEC and thought that it was a project of prosperity for the country.
When questioned about the conduct of election 2018, senator Hamadullah said that elections should be held in transparent manner. …APP