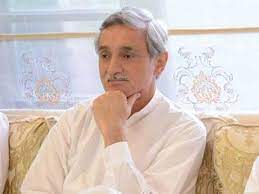 Interior Minister Sheikh Rasheed said on Sunday that the ruling Pakistan Tehreek-e-Insaf no longer requires the services of influential sugar baron Jahangir Tareen.
Rasheed said this on a private TV’s show. The anchorperson reminded him of Tareen’s utility in the past, mentioning how the estranged PTI leader invested his wealth and brought lawmakers on his plane to form the government in Punjab.
He believed the PTI no longer required Tareen. “Jahangir Tareen and the PTI have become two different things.” The minister ducked a question about differences between Tareen and his former party.
Tareen, once a close friend of Prime Minister Imran Khan, was sidelined by the PTI after an inquiry commission on the 2020 sugar crisis accused him of benefitting the most from it.
The report said that six major groups control 51% of the total sugar production. Tareen’s JDW mill has the biggest share that is 20% of the total production.
On March 22, the Federal Investigation Agency filed two FIRs against the estranged PTI leader, accusing him of Rs3.14 billion fraud.